'Jinks has hold of a clever idea and a solid sense of humor.'—Publishers Weekly

'The satire isnt all thats biting in this darkly comedic sequel to The Reformed Vampire Support Group (2009).'—Kirkus Reviews

2010 ALA Best Books for Young Adults

'Jinks’s signature facility with plot and character development is intact as she turns to the topic of vampires—as fans can anticipate, hers are not the romantic superheroes of the Stephenie Meyers books....Throwing in delicious details and aperçus, the author works her way from the murder of one of the vampires to suspense and adventure of the sinister yet daffy variety beloved by readers of Evil Genius. The plot twists, more ornate than in previous works, ramp up the giddiness—and, perhaps, camouflage the corpses, blood and other byproducts of the genre.' —Publishers Weekly, starred review

'Support Group is truly like no other vampire story. It is witty, cunning, and humorous, with numerous plot twists and turns. Jinks has conjured up an eccentric but believable cast of characters in a story full of action and adventure.' —School Library Journal 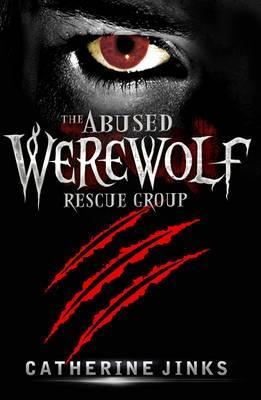 'Jinks’s quirky sense of humor will appeal to fans of her Evil Genius series. Those tired of torrid bloodsucker stories or looking for a comic riff on the trend will feel refreshed by the vomitous, guinea-pig–drinking accidental heroics of Nina and her pals.' —Kirkus Reviews

'The ill-assorted bunch of vampires in this offbeat Australian novel couldn't be further from the iconic image of the dangerous, sexy night creature....Jinks draws her characters and their unique challenges in great detail; though the adventure takes a while to get into gear, there's plenty of blood and guts (both types) to go around. One part problem novel, one part comedy, and one part murder-mystery, this alternative vampire story is for outsiders of all kinds, underground or otherwise.' —The Horn Book

'Jinks takes readers on a wild ride, poking wicked fun at vampire enthusiasts of all stripes with her wryly clinical take . . . a first-rate comedy with equal appeal for avid vampire fans and those who wouldn't be caught dead with a copy of Twilight.' —The Bulletin

Toby has no memory of how he got into the dingo pen – wasn’t a practical joke by his friends, either. When the letter about “his condition” appears on his hospital bed during tests for epilepsy, his adoptive mom thinks it’s a prank. But when a scary-strong guy and the priest who wrote the letter show up at his house to explain that Toby’s a werewolf like the strong guy, his mom throws them out. She insists that even though Toby might be a seventh son of Portuguese ancestry and has unnaturally fast reflexes and has to get a haircut every week – there’s no way he’s a werewolf!

And Toby agrees with her, right up until strong guy, Reuben, and Father Ramon and a few others in Sydney convince him that finding a secure, lockable place to hide out on the night of the full moon would be a wise idea.

Then a couple of cops take him in for questioning…all the way to the Outback, where werewolves fight to the death in the Pit during the full moon, with big money betting - the place that Reuben escaped from after 5 years of planning - the holding Tanks, smelling of death and old blood and desperation.

Can Toby escape the Tanks and the Pit? Could he really kill someone, biting and slashing, when he’s just 13? Can Reuben and Father Ramon find him… before it’s too late?

Action, good guys, bad guys, and a lot to figure out – another great book from the author of The Reformed Vampire Club! 416 pages