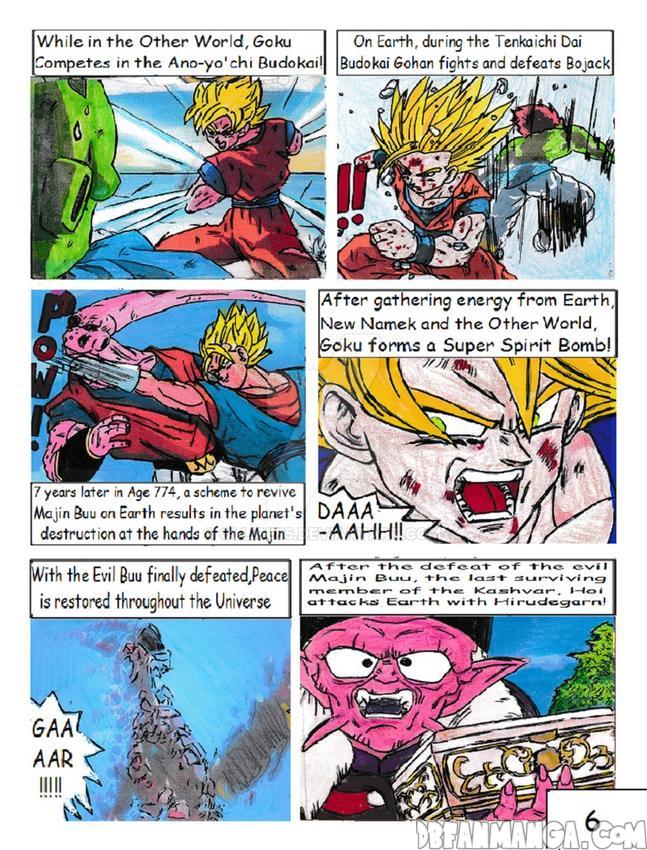 Dragon Ball Super (Japanese: ドラゴンボール超スーパー, Hepburn: Doragon Bōru Sūpā) is a Japanese manga series and anime television series. The series is a sequel to the original Dragon Ball manga, with its overall plot outline written by creator Akira Toriyama. The manga is illustrated by Toyotarou, with story and editing by Toriyama, and began serialization in Shueisha’s shōnen manga magazine V Jump in June 2015. The anime was produced by Toei Animation, with individual episodes written by different screenwriters, and aired on Fuji TV from July 2015 to March 2018.

The series chronicles the adventures of Goku during the ten-year timeskip after the defeat of Majin Buu.[3] Following a retelling of the events of the films Battle of Gods (2013) and Resurrection ‘F’ (2015), where Goku attains the powers of a god, he must learn to use this newly discovered powers under the gods of his universe.

The Dragon Ball manga series features an ensemble cast of characters created by Akira Toriyama. The series takes place in a fictional universe, the same world as Toriyama’s previous series Dr. Slump, and follows the adventures of Son Goku. The series commenced with Goku’s boyhood years as he trains in martial arts and explores a fantastical version of Earth (地球, Chikyū) in search of the seven orbs known as the Dragon Balls that are used to summon a wish-granting dragon

During the course of the story, Goku encounters allies such as Bulma, Master Roshi, and Trunks, rivals such as Tien Shinhan, Piccolo, and Vegeta, and villains such as Frieza, Cell and Majin Buu. Goku’s group of associates, known as the “Dragon Team” (ドラゴンチーム, Doragon Chīmu)[ch. 165], bolster its ranks throughout the series with the addition of former enemies and new heroes. The group is also known in Japanese as the “Z Fighters” (Z戦士, Zetto Senshi)[1] or TEAM “Z”[2] in other media, and in the English dub of Dragon Ball Z as the Earth’s Special Forces