Download The Art of War by Sun Tzu in PDF or plain text to read on your mobile device, computer, or print.

Acrobat DC. It’s how the world gets work done.

A version of Reader is not available for this configuration.

And now, it's connected to the Adobe Document Cloud − making it easier than ever to work across computers and mobile devices.

It's the only PDF viewer that can open and interact with all types of PDF content, including forms and multimedia.

GET MORE OUT OF ACROBAT:

The leading PDF viewer to print, sign, and annotate PDFs.

By clicking the “Download Acrobat Reader” button, you acknowledge that you have read and accepted all of the Terms and Conditions. Note: Your antivirus software must allow you to install software. Do everything you can do in Acrobat Reader, plus create, protect, convert and edit your PDFs with a 7-day free trial. Continue viewing PDFs after trial ends.

By clicking the “Download Acrobat Pro Trial” button, you acknowledge that you have read and accepted all of the Terms and Conditions. Note: Your antivirus software must allow you to install software.

Marauding bandit or military genius? Attila the Hun grappled with Rome – both East and West – in the mid fifth century AD with moderate success but although he ultimately failed, he fatally weakened the Western Empire and forced huge concessions from the Eastern.

Ian Hughes specialises in late Roman history, no doubt drawing on his enthusiasm for wargaming, and presents a balanced view, drawing together all sources to conclude that the Huns operated a protection racket on a grand scale.

In true barbarian style, the Huns weren’t great at recording their history so Hughes is limited to sources that were in the opposition camps, chiefly the eye-witness Priscus of Panium whose work survives only in fragments.

Possibly emerging from the ancient eastern Xiongnu empire (but by no means definite), the Huns moved west and gathered other migrating tribes to become a host of – forgive me – mongrel mongols. Their arrival in the Balkans at the end of the fourth century terrified the Christian Eastern Romans and the Sasanids. 'The Huns ate children, drank the blood of women and were the reincarnation of the devil' wrote Ephraim the Syrian.

However, a first-hand account of Hunnic society by Priscus indicates some degree of sophistication in buildings, décor and dress together with ceremonial custom when receiving Roman emissaries. Their rejection of Christianity and adherence to a form of shamanism no doubt gave rise to the barbarian label. In warfare, their method was to fight on horseback with animals raised on the Hungarian steppes, using composite bows, lassos and lances. At the more structured battle of the Catalaunian Plains (451 AD) at the conclusion of the Gaul invasion, Attila was forced to retreat due to the grit of Aetius and the decision of the Goths to support Western Rome.

Hughes reports the various trade negotiations and the enormous amounts of gold paid as tribute, particularly by Eastern Rome, and the policy of divide and rule that Attila and his brother Bleda pursued. While the Huns expanded their influence in the north, the Vandals were breaking their treaties with Rome in north Africa and captured Carthage in 439 AD. Attila then took advantage by demanding more concessions from Constantinople. Tension mounted, leading to various incursions south in 441 and 442 AD, but it wasn’t until 447 AD that Attila saw his big opportunity following the severe earthquake that destroyed parts of Constantinople’s walls – Attila bludgeoned his way towards the city, sacking and looting as he swarmed south-east, but delaying tactics and Roman building skills meant that the walls were repaired before his arrival, thus foiling the Huns’ major objective. Although they reached what is now the Sea of Marmaris, Attila wheeled north and returned home. The Eastern emperor Theodosius came off badly in the resulting treaties which then led to a failed assassination plot against Attila.

In places, Hughes plods a little while deliberating which source to believe and interpreting the implications of various treaties, but the narrative lifts with the introduction of Justa Gratia Honoria. The sister of the Western emperor Valentinian III, defiled by the estates manager Eugenius and later forcibly betrothed to a wealthy senator, sent word to Attila that she might be prepared to jump ship. This excited the Hun warlord who took this to mean that Honoria was now a crucial part in his negotiations and should be delivered to his bed, but ultimately to no avail.

The invasion of Gaul is equally well reported with useful maps, especially in the account of the final battle, and the subsequent invasion of northern Italy that was turned aside by Pope Leo’s gold and the cunning of Aetius. In the East, Marcian stood firm and refused to pay further tribute and forged alliances that strengthened his hand. Perhaps this drove Attila to drink – he died on his umpteenth wedding night, probably from a boozy excess according to Priscus. Novelists and scriptwriters would prefer assassination by his bodyguards or even his squabbling sons who then proceeded to destroy what remained of the Hunnic empire.

While early success was a matter of nomadic horsemen riding rings around cowering agriculturist enemies, Attila’s Huns did inflict demoralising defeats on the Eastern empire which relinquished a large region of territory. But his ambition to press west was his undoing. Hughes’ conclusion is that this was an 'outstanding' political and military power for around four generations until ruptured by infighting and a lack of political or economic cohesion. 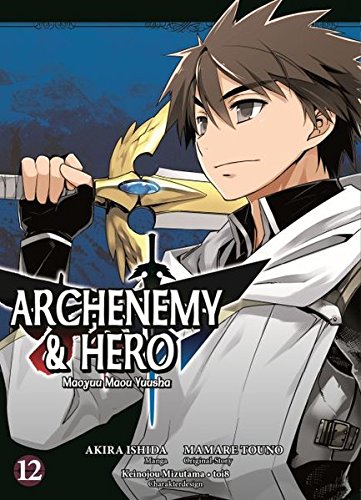 This is undoubtedly a worthy study by Hughes and another valuable contribution by Pen & Sword. Recommended.

Alistair Forrest is a magazine editor and author of historical fiction, www.alistairforrest.com